A Seance Prediction Matching a Senator's Most Unlikely Fate

Let us now look at seven very interesting cases that are well worthy of attention, even though they are almost never mentioned in the literature of parapsychology.
The Skeptic Who Kept Hearing Glorious Celestial Music

I will now discuss a case described on pages 207-210 of  Volume 1, Number 3 of the Psychical Review (February 1893).  It involves a man of some prestige and achievement who is not named but merely described as follows:

"I shall first relate some of the experiences of a gentleman eminent for his attainments in mechanical science, so eminent that in this regard he has now a national reputation among those in the same line of work. A friend and student of Herbert Spencer, on the further side of the middle milestone of life, sceptical by nature and training, a successful inventor, with his mind engrossed in the management of a large manufactory, he is the last person in the world to become the victim of imagination. "

We are told that this accomplished figure heard glorious mysterious music from no known source:

"These subjective harmonies exceeded by far anything he had ever conceived. They were heralded by long, soft, sweet chords like those which a number of bugles might produce. Other instruments joined, weaving in their sinuous, heart-piercing melodies until the volume of sweet concerted sound flooded the overpowered senses almost to the point of producing unconsciousness. The rapt listener instinctively feels that, were the ecstasy too much prolonged, on its wings the soul would float away from the senseless body. This music is not precisely like anything he has ever heard from visible orchestras. It sounds more like the violoncello and the organ than anything else. Beyond description grand, noble, majestic, like so-styled sacred music, it is never heard gay or trivial, save that sometimes it is a little like the richer, loftier tones of a heavy opera. Following the first few strains of the orchestra are voices, forming a full chorus and taking all the parts, male and female. Sometimes there are duets, sometimes solos, again responsive services from one side and then another. At times there is a tenor of remarkable sweetness and clarity ' like nothing I ever heard or dreamed,' said he, ' a voice to be recognized among a thousand.' The music comes to his inner ear, though apparently, like external music, unannounced and unexpected. It is of short duration — a few moments, at the longest."

"Gazing into limitless space, he sees a shining golden vista peopled with angelic forms and glorious faces luminous with 'the light that never was on sea and land.'  They are the singers draped in flowing robes of grace and beauty. Love on earth and in heaven, and peace, good-will, and joy are the themes which are felt, but are untranslatable into mortal language."

The Woman Who Saw a Very Distant Death
The account below is told on pages 159-160 of Volume 2 of the Proceedings of the Society for Psychical Research, and in the account a woman relates what was told her by an Elizabeth Broughton:
"She woke one night and roused her husband, telling him that something dreadful had happened in France. He begged her to go to sleep again and not to trouble him. She assured him she was not asleep when she saw what she insisted on then telling him — what she saw, in fact. First a carriage accident, which she did not actually see, but what she saw was the result, a broken carriage, a crowd collected, a figure gently raised and carried into the nearest house, and then a figure lying on a bed, which she then recognised as the Duke of Orleans. Gradually friends collecting round the bed, among them several members of the French Royal family — the Queen, then the King — all silently, tearfully watching the evidently dying Duke. One man (she could see his back, but did not know who who he was) was a doctor. He stood bending over the Duke, feeling his pulse, his watch in his other hand. And then all passed away : she saw no more. As soon as it was daylight she wrote down in her journal all she had seen. From that journal she read this to me. It was before the days of electric telegraph, and two or more days passed before the Times announced 'The death of the Duke of Orleans.'  Visiting Paris a short time afterwards, she saw and recognised the place of the accident, and received the explanation of her impression. The doctor who attended the dying Duke was an old friend of hers ; and as he watched by the bed, his mind had been constantly occupied with her and her family. The reason of this was an extraordinary likeness — a likeness which had often led to amusing incidents — between several members of the Broughton family and members of the French Royal family who were present in the room. 'I spoke of you and yours when I got home,' said the doctor, 'and thought of you many times that evening. The likeness between yourselves and the Royal family was, perhaps, never so strong as that day when they stood there in their sorrow, all so natural ; father, mother, brothers, sisters, watching the dying son and brother. Here was the link between us, you see.' " 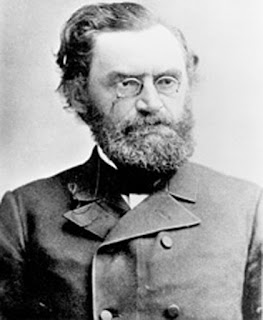