But there is the most gigantic difference between the complexity seen in something like a rock crystal, and the complexity in mammals and humans. To help clarify the difference, it will be helpful to create some categories of complexity. 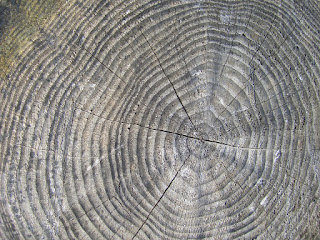 We can use the term “enormously organized complexity” for complexity that requires multiple levels of organization. An example would be a very complex old building.

The term “information” is defined in various ways. In this discussion, by information I mean the use of symbolic tokens such as symbols or letters or units of representation. The essence of information is the use of some kind of token in which one thing stands for another.

There may be a little information in an old building, but not very much (if we consider only the building and not any books or electronic devices inside the building). So complex old buildings  would seem to fall into the category of information-poor static enormously organized complexity. 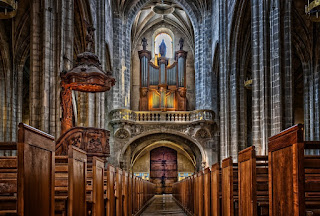 We can use the term “information-rich static enormously organized complexity” for certain types of things such as libraries of books. The library has a very high degree of organization, and also very much information. But the library is static. It doesn't move or grow by itself. 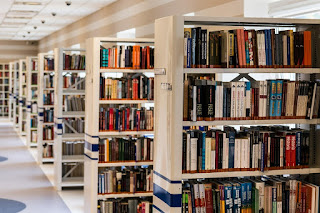 Another example might be a turned-off computer. Such a computer is static. It doesn't move or grow in size. But a computer is enormously organized, and rich in information.

We can use the term “information-rich dynamic enormously-organized complexity” (or the corresponding acronym IRDEOC) for things that are complex, enormously organized, information-rich and dynamic in the sense of moving, growing or changing internally.

Living things are rich in information. The DNA in every living thing surely qualifies as information. In DNA particular combinations of nucleotide base pairs serve as tokens or units of representation which stand for particular amino acids. Large visible organisms such as mammals are dynamic for three different reasons: (1) because they grow during their lifespan; (2) because they move around;  (3) because inside such organisms is an enormous amount of complex dynamic activity more impressive than the choreography of all the Broadway shows running in 2010.

In his interesting recent book Cosmological Koans, which has some nice flourishes of literary style, the physicist Anthony Aquirre tells us about just how complex biological life is. He states the following on page 338:

"On the physical level, biological creatures are so much more complex in a functional way than current artifacts of our technology that there's almost no comparison. The most elaborate and sophisticated human-designed machines, while quite impressive, are utter child's play compared with the workings of a cell: a cell contains on the order of 100 trillion atoms, and probably billions of quite complex molecules working with amazing precision. The most complex engineered machines -- modern jet aircraft, for example -- have several million parts. Thus, perhaps all the jetliners in the world (without people in them, of course) could compete in functional complexity with a lowly bacterium." 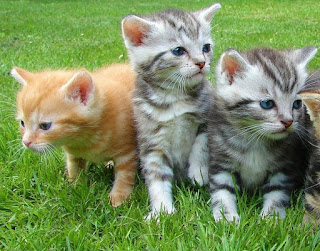 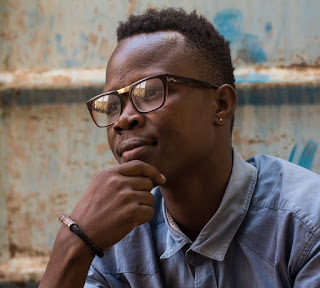 Neither Charles Darwin nor his successors have advanced a credible theory of how information-rich dynamic enormously-organized complexity can arise in the natural world.  Explaining such a thing would require a theory of organization, but Darwinism is no such thing.  Darwinism has tried to explain things by offering merely a theory of accumulation, the idea that favorable random mutations accumulate.  A theory of accumulation can never explain examples of enormously organized complexity.  We cannot explain the origin of incredibly complex things by the simplistic idea of accumulation.  Incredibly complex organizations never arise merely because of accumulation. We don't accumulate our way to computers; we don't accumulate our way to automobiles; and it is safe to say that nature does not accumulate its way to biological organisms that show far higher degrees of organization than computers or automobiles.

Unconscious nature does not actually select things, and the not-literally-accurate term "natural selection" is not an explanation for IRDEOC complexity.  So-called "natural selection" is merely a filter excluding bad designs, not something creating good designs. As the leading botantist Hugo de Vries stated:

You can't sieve your way or sift your way to things more organized and functionally complex than anything humans have ever created, and that is what mammals are.

Our scientists have no credible explanation for the information richness of human beings, the fact that our DNA contains instructions for making the polypeptide sequences of more than  20,000 proteins. The chemical ingredients of proteins are specified by genes. A typical gene specifies a unique sequence of amino acids used by a protein.  The average human protein has an amino acid sequence length of about 375.  There are twenty amino acids used by proteins. If we calculate that a protein has to have exactly the amino acid sequence that it has, we would calculate that a total of twenty to the three-hundred-seventy-fifth power random trials would be needed before nature could discover the correct amino acid sequence for that protein. If we assume that only half of the amino acids in a protein have to be in exactly the same sequence for the protein to be functional, we would calculate that a total of twenty to the one-hundred-eighty-seventh power random trials would be needed.  Twenty to the one-hundred-eighty-seventh power equals ten to the two-hundred-forty-third power. So you would need at least 10243 random trials before nature could discover a functional protein by trial and error.  There would be no possibility that more than 1060 random trials could be attempted, even given billions of years of evolutionary activity on Earth.

The mathematical considerations above are rather complicated, but you can express the explanatory problem very simply by saying this: very complex functional information is something that humans have never observed arising from anything other than intelligent sources, and we have no understanding of how vast amounts of very complex functional information could arise from unconscious accidental processes.

Looking at the "dynamic" word in the phrase "information-rich dynamic enormously-organized complexity," we find that our scientists have done almost nothing to explain a key part of the dynamic nature of organisms: the fact that organisms grow from a tiny state to a large state. How does a speck-sized fertilized egg grow to become a full-sized human? Darwinism has no realistic answer for this fundamental mystery of nature. It is untrue that this occurs because an organism reads assembly instructions for making a human. There are no such assembly instructions in DNA, which merely specifies low-level chemical information such as protein ingredients to be used in making a human.

Then there is the constant dynamic activity inside the human body, which is so complex and targeted and seemingly goal-oriented that it can be compared to the purposeful movements of the US Pacific fleet during World War II, or the activity of 50,000 construction workers involved in building new buildings in a city and tearing down old buildings.  Virtually none of this activity is specified by a genome, which merely specifies chemicals, and completely lacks any power of expression to describe high-level processes.  The constant enormous activity within our bodies is almost entirely unexplained by scientists, who still cannot even give a credible low-level explanation of what low-level factors would cause a cell to reproduce. Such explanatory shortcomings were not recognized by Charles Darwin, who had no knowledge of the information richness of organisms, and had almost no knowledge of the enormous dynamic activity within organisms.

As for CIRDEOC complexity, our scientists have done nothing to credibly explain the "comprehending" part of Comprehending Information-Rich Dynamic Enormously Organized Complexity. No one has presented any credible explanation of how a brain could ever produce understanding, an idea or a thought.  Contrary to the claim that the brain is the source of our thinking and understanding, we know of many cases when humans could think very well and understand very well when half of their brain had been removed in an operation to prevent seizures, or when 70% or more of their brains had been lost to disease.  Sometimes the measured intelligence of such persons was above average, as discussed here and here and here and here. Such cases suggest that scientists have no actual understanding of how humans are able to comprehend anything, and that the "brains produce your understanding" idea is untrue.