I Keep Dreaming of Danger, Death, the Deceased and Life After Death

Note: After its appearance on February 20, I have been updating this post with recent relevant examples.

Since mid-November I have noticed a strange change in my dreams. During the past few months my dreams have been dominated by themes of danger, death, the deceased and life after death. I will describe particular dreams I have had in such categories. The descriptions are based on notes I took on a notepad I keep next to my bed.  My habit is to write down on a notepad descriptions of dreams I remember, not turning on the light to do such writing.

The danger dreams are usually nightmares in which I seem to be facing great peril or risk of death, although some involve other people in peril. Many of the dreams involve a blockage motif that may symbolize a health danger such as an artery blockage.  Since mid-November these have included the following:

Since mid-November I have had these dreams (among others) that seemed to explicitly refererence death:

Many of my dreams since mid-November have seemed to symbolize death indirectly. A common element has been a "turning off the light" or "loss of power" theme that may symbolize the snuffing out of the physical spark of life. Examples include these: 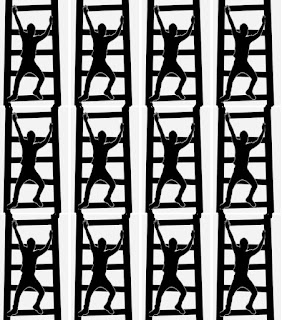 Many of my dreams since mid-November have seemed to directly reference or indirectly symbolize life after death or immortality.  Examples include these:

Besides these there have been quite a few other dreams with a "going home" theme that may symbolize a return to some afterlife state of existence that souls may possibly inhabit before going to our planet.

References to the Deceased

Many of my dreams since mid-November have referred to deceased persons or deceased animals, who I have either directly seen in my dreams or heard mentioned. These include the following:

The appearance of Edd Byrnes in my dream of February 20 is very astonishing.  Byrnes became famous in the late 1950's and early 1960's as an actor in a TV show called 77 Sunset Strip.  He played a character who was called Kookie. After 1964 Byrnes had very little fame in the US on the stage or screen, and the US public pretty much forgot about him (although he had some success in acting in Europe). He appeared briefly in the movie Grease in 1978, and got occasional roles here and there, without ever getting another US TV series to star in.  There is no reason why I should have remembered Edd Byrnes or the role of Kookie that was his main role.  I remember my family would occasionally watch 77 Sunset Strip, but it was always more than 50 years ago. Except for seeing Byrnes briefly in the 1978 movie Grease,  in which I did not recognize him, I cannot recall seeing Byrnes in any role in the past 55 years, nor can I recall reading a single word about him during those 55 years (prior to my dream of him), nor can I recall seeing him on TV during that time, nor can I recall ever thinking about him during the 55 years prior to having a dream of him. I can't recall a single word spoken on 77 Sunset Strip, or any of the show's plots, and I can't recall a single word Edd Byrnes ever said or wrote. If you had asked me "who is Edd Byrnes" the day before my dream of him,  I would have said that I don't know. But somehow on February 20 I wrote in the middle of the night that I had a dream about him. I wrote down his name exactly like this: Eddie "Cookie" Byrnes, remembering not just his name but his main role, with the very minor shortfall of using "Cookie" instead of "Kookie."
Byrnes died last year. In my dream he was on a high-speed boat, looking young and handsome, as he did back in his glory days.  Was that boat heading across a river, going to its Other Side?
Telepathy and Psi References

Another novel change in my dreams since mid-November has been references to telepathy and clairvoyance.

If dreams are sometimes telepathically influenced by mysterious parties, we can imagine such parties telepathically suggesting the very idea of telepathy, as a kind of hint as to the source of such dreams.
Related Accounts
Read the posts here and here and here and here and here  for a discussion of dreams that seemed to foretell a death.  The 1874 book Dead and Gone by James Samuel Pollock (which you can read here) is a a book deserving much more attention than the very little attention it has received so far.  It is a book filled with accounts of paranormal experiences, such as apparition sightings, dreams that seemed to foretell death, and deathbed visions.