In the five posts below I have described or quoted about 115 cases of someone experiencing something like a suprising apparition of someone, only to soon later learn that the corresponding person had died, usually at about the same time the apparition was seen. The five posts are below:


In this post I will discuss additional cases of this type, which are sometimes called veridical apparitions.  The links I will give will usually take you to the exact page of an account that I discuss or quote.

On page 47 of Death and Its Mystery: After Death by the astronomer Camille Flammarion, we have an account by a Lord Brougham who saw an apparition:

"I had had a school friend, in high school, named G , whom I particularly loved and esteemed. At times we discussed the great subject of the immortality of the soul. One day we were foolish enough to draw up a contract, written in our blood, stating that whichever of us two should die first, that one should return and manifest himself to the other in order to banish any doubt that he might have had as to the continuation of life after death. G left for India, and I virtually forgot his existence. I was then, as I say, in my bath, in delicious enjoyment of the grateful heat that warmed my numbed limbs, when, preparing to rise, I cast my eyes upon the chair on which I had put my clothing, and what was my stupefaction to see my friend G seated there, gazing at me calmly! How I got out of the bath-tub 1 cannot say, for when I came to myself I found myself stretched out on the floor. This apparition, or whatever the phenomenon was which was a likeness of my friend, was no longer there. So strongly was I impressed that I wished to write down, without delay, all the details together with the date, which was December 19th."


It was subsequently found out that the friend G. had died on exactly this day. A similar account is told on page 54 of the same book.  A Baron de Maricourt tells how a priest jokingly said to his young neice, "If you die before I do, let me know." The priest later saw an apparition of his young niece, one that bid goodbye. It was later found that the niece had died on exactly the same day and hour.


On page 122 of Death and Its Mystery: After Death by the astronomer Camille Flammarion, we have an account by a
Henry Bourgeois who learned of a death from an apparition:

"I had a friend named Charles, a youth of sixteen. It was in 1908. One evening, when I was reentering my home, I heard myself called several times, most distinctly, and I recognized his voice perfectly. The voice was disturbed and beseeching, but very tender...Disturbed in spite of myself, I did not go to sleep until very late. Then, almost at once, I was awakened by some one touching my forehead, and a voice calling me; I saw Charles distinctly at the head of my bed; he said to me: 'Good-by! Good-by! All is well with me! Comfort my family! I'll come back to your seances!' And he disappeared slowly. Then there was nothing more! As soon as morning came I ran to our friends' home. I found them greatly disturbed: Charles had not come back that night. Instinctively — I do not know why — I thought of a little piece of ground in the country which they owned. I confided my fears to the family, and took them there. In the garden, under the arbor, we found his body, stretched out on the ground; in his right hand he held a flask in which there was still left a little cyanide solution."

On page 146 of Death and Its Mystery: After Death by the astronomer Camille Flammarion, we have an account of a man who stated that he saw his uncle at about 9:30 AM. He states, "The vision was of rather short duration." He later learned that his uncle had committed suicide at 5:00 AM that day.  And speaking of uncle ghosts, on the next page we read that "a woman, in excellent health and under absolutely normal conditions for observation, saw her uncle appear, for several minutes, seven hours after his death, which she did not know of." We read the following:

"The same phantom rose before her. 'But Uncle, why have you come here? Are you dead?' The apparition vanished immediately after Madame de Lagenest had uttered these words."

On page 153-154 of Death and Its Mystery: After Death by the astronomer Camille Flammarion, we have this account by a C. H. of a man in Montbeliard who learned of someone's death many miles away in Haute-Loire, by seeing the man's apparition:

"On a certain evening of the year 1888, my son-in-law, who was living in Haute-Loire, appeared to me. It was about eleven o'clock, and I was thoroughly awake. On the following day I learned that he had died on the morning of the previous day, at eleven o'clock. It is noteworthy that I had no reason to believe him ill, and that he died suddenly."

On pages 169-170 of Death and Its Mystery: After Death by the astronomer Camille Flammarion, we have this first-hand account by Jules Lermina:

"I explained to him that my cousin had arrived, and even added that he was doubtless hiding, to tease me. But my father answered: 'It's impossible for Wenand to be here! He died yesterday. I didn't want to tell you.' In short, I saw a person who had been dead for twenty-four hours, and spoke to him."

On page 182 of Death and Its Mystery: After Death by the astronomer Camille Flammarion, we have this first-hand account by a Princess de Montarcy:

"My grandmother had always said to me, 'If you're not
with me when I die, I 'll let you know I 'm dead.'... That same evening I went to bed at seven o'clock. At nine o'clock my little dog jumped up on my bed, howling as if he were being killed. I looked and saw (the lamp was lighted) at the foot of my bed, my grandmother, just as I had seen her last, but pale. She threw me a kiss, and disappeared. The following morning, at seven o'clock, I was brought a telegram announcing that she had died between eight and nine in the evening."

On page 202 of Death and Its Mystery: After Death by the astronomer Camille Flammarion, we have this first-hand account by G. Bloche:

"My aunt was busy piling up wood in the kitchen. Suddenly I beard her utter a terrible cry. Terrified, she came into the room, and said, weeping: 'My sister Hannah is dead! She appeared to me behind the sticks of wood, dressed all in white!' As a matter of fact, this sister, who lived in Grussenheim, a village about twenty kilometers from ours, had died some days previously."

Apparitions don't always appear as moving phantoms. Sometimes an apparition will appear as if it were designed to tell someone of a death. An example of this occurs on  page 202-203 of Death and Its Mystery: After Death by the astronomer Camille Flammarion, where we have this first-hand account by Lord Beresford:

"It was in the spring of 1864; I was on board the frigate Raccoon on its way from Gibraltar to Marseilles. I had to go down into my cabin to get my pipe. Inside the cabin I saw a coffin in which my father was lying; I saw this as distinctly as if it had been real! I was deeply impressed, and at once told my companions what had happened; they were seated near there, between the cannon, talking. I also told the ship's chaplain, the Rev. Mr. Onslow. In a few days we reached Marseilles, and there I learned of my father's death; he had been buried on the same day and at the same time at which he had appeared to me (half -past twelve). I must add that at the moment of the apparition there was splendid weather, and that I was feeling no uneasiness as to my father, having recently received reassuring news as to his improved health." 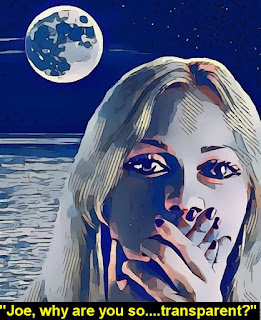 On Page 21-22 of Volume 15 of the Journal of the American Society for Psychical Research, we read the following account:

"A case reported by M. Belbeder of the 6th Colonial regiment
is similar...He had been in bed for about half an hour, and had
just read his paper, and put out his candle, when, at the corner
of the mantelpiece which was opposite the bed, he saw a white and transparent mist gradually detach itself, advance toward the bed and bend over him. Belbeder states that he clearly heard it say : 'Always be a friend to my son.' The misty form then retired slowly as it came. ' I clearly recognized,' adds the soldier, 'the mother of one of my best friends, whom I had left in the best of health. When I returned home, I was very surprised to learn that she had died just on the day when I saw the apparition, an hour or two before it approached my bed.' "

Finally let us consider a case discussed in a paper entitled "A Daylight Interview with a Man Recently Dead" by Charles Whitby M.D, found on pages 321-323 of Volume 7 of the Annals of Psychical Research (1908).  One day an ailing John H. met his employer Mr. P. by chance on a tram car. Mr P. stated that about a week later at about 10:30 AM he met John H. while crossing a bridge.  The figure Mr. P. met referred to the previous meeting between the two, and said he was worried about what would happen to his children if he died.  John H. got word from Mr. P. that he would interest himself in the welfare of John H's children. About an hour later Mr. P. mentioned meeting John H. on the bridge at about 10:30. He was told this was impossible, because John H. had died that very morning, at 9:15.  It was later learned that the dying John H. "in his last moments had expressed a very strong desire to see Mr. P."