When an Apparition Is Seen by Multiple Observers: 17 Cases

Apparitions have been by humans throughout history. Skeptics claim that such apparitions are just hallucinations. But there are two reasons for rejecting such a theory. The first reason is that there are an unusually high fraction of apparition sightings in which a person sees an apparition of someone (typically someone the observer did not know was in danger), and then later finds out that this person died on the same day (or the same day and hour) as the apparition was seen. We would expect such cases to be extremely rare or nonexistent if apparitions are mere hallucinations, since all such cases would require a most unlikely coincidence. But the literature on apparitions shows that it is quite common for an apparition to appear to someone on the day (or both the day and hour) of the death of the person matching the apparition. See here and here and here and here for 100 such cases.

The second reason for rejecting claims that apparitions are mere hallucinations is the fact that an apparition is quite often seen or heard by more than one person at the same time. We should not expect any such cases under a theory of apparitions being hallucinations.

I will now review some examples of cases in which an apparition was seen or heard by more than one person.  A very early case is found in the 17th century book Miscellanies by John Aubrey.  On page 82 we are told that a week after his death, an apparition of Henry Jacob appeared to Dr. Jacob, and that the apparition was also seen by his cook and maid.

Below are some cases from Volume 2 of the classic work on apparitions, “Phantasms of the Living,” which you can read here. I will use the case numbers given in the book.

Page 174, Case #310: A reverend Fagan, his cousin Christopher, and a Major Collis all heard the name “Fagan” called from a source they could not determine. Two of them said the voice was like the voice of Captain Clayton. The next morning a telegram arrived saying that Captain Clayton had died on the same day and hour as the voice was heard. (I won't count his case as one of my 17 cases, since it is auditory only.)

Page 178, Case #312: Gorgiana Polson reported seeing a woman who she thought was “something unnatural” and exclaimed, “Oh, Caroline.” The woman was dressed in black silk “with a muslin 'cloud' over her head and shoulders.” At the same time, a “little nursery girl” was terrified of going into a room where she saw a similar strange figure, “in black, with white all over her head and shoulders.” Gorgiana later found that Caroline had died on the same day the apparition was seen.

Page 181, Case #314: A Mrs. Coote reported that she saw her sister-in-law Mrs. W. appear at her bedside. The same Mrs. W. reportedly appeared to Mrs. Coote's aunt, appearing as a “bright light from a dark corner of the bedroom,” who was recognized as Mrs. W. by the aunt. Also, according to Mrs. Coote, “this appearance was also made to my husband's half-sister.” It was soon found that Mrs. W. had died. According to Mrs. Coote “A comparison of dates...served to show the appearance occurred ...at the time of, or shortly thereafter, the death of the deceased.”

Page182, Case #315: A Mr. de Guerin reported that in 1854, he saw something that “appeared like a thin white fog....after a few minutes I plainly distinguished a figure which I recognized as that of my sister Fanny.” He said “the vision seemed to disappear gradually in the same manner as it came.” He later learned that “on the same day my sister died – almost suddenly.” de Guerin immediately mailed a description of what he had seen to another sister, Mrs. Elmslie, who lived far away; “but before it reached her, I had received a letter from her, giving me an almost similar description of what she had seen the same night, adding 'I am sure dear Fanny is gone.' ” She reported that the apparition disappeared.

Page 196-197, Case #317: Violet Montgomery and Sidney Montgomery reported that in 1875 they had seen a female figure that “never touched the ground at all, but floated calmly along.” Page 197 also mentions a Mr. W.S. Soutar, who claimed that he and his brother also saw a female figure that glided without any apparent movement of the feet.

Page 213, Case #330: A James Cowley said he “saw, with all the distinctness possible to visual power” an apparition of his late wife. At the same instant his two-year-old son said, “There's mother!”

Page 235, Case #345: A Mrs. Cox was told by a nephew that he had just seen his father (Mrs. Cox's brother), who was thought to be far away in Hong Kong. Mrs. Cox told the boy this was nonsense, but then saw the same apparition of her brother. She reported that the apparition called her name three times. She soon found out that her brother had died on the same day the apparition was seen.

Page 241, Case #349: In 1845 while at college Philip Weld died in a boating accident. The president of the college immediately set out to travel to the father of Philip to deliver the bad news. Arriving the next day, he was surprised to hear the father say that yesterday he and his daughter had recently seen Philip walking between two persons, one wearing a black robe. “Suddenly they all seemed to me to have vanished,” said the father. Later, the father saw a portrait that he identified as one of the men who he had seen with the apparition of his son. The portrait was of a saint who had died long ago.

Page 247, Case #351: In 1882 J. Bennett and her daughter saw a man whose health they were worried about: “He passed so near that we shrank aside to make way for him.” Later “we found, in fact, that he had died about a half hour before he appeared to us.”

Page 253, Case #354: A girl went to live far away from her beloved aunt who had raised her for most of her childhood. One day someone other than the girl said, “Oh look there! There's your aunt in bed with Caroline!” The girl was astonished to see her aunt lying on the bed. A short time later the aunt seemed to have disappeared. Later the girl found the aunt had died, and that her last words were a remark that she could die happy because she had seen the child. 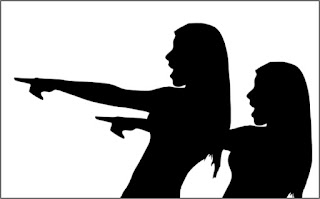 Page 604, Case 651: Benjamin Coleman was surprised to see at his bedside his son, who was believed to be far away at sea.  The figure (having a sailor's dress) vanished from Benjamin's sight. He then soon heard his servant William Ball say that William also had seen the son that day in sailor's dress.  The father later found that the son "had died that very day and hour, of dysentery, on board ship."

On page 40-43 of his book Death and Its Mystery by the astronomer Camille Flammarion, we have an astonishing case of an apparition seen by multiple observers. Unlike the other cases I have reported, this is an example of an apparition of a living person.  According to Flammarion's account, 13 girls saw an apparition of a school teacher named Emilie Sagee, right next to her physical form, so that there was "one beside the other." "They were exactly alike, and going through the same movements," according to Flammarion, who states, "All the young girls, without exception, had seen the second form, and agreed perfectly in their description of the phenomenon."   Later, according to his account, 42 pupils saw an apparition of Sagee in a school at the same time Sagee was also observed picking flowers in a garden -- as if there were two copies of Emilie Sagee. According to the pupils, the apparition "gradually vanished."  Flammarion reports, "The forty-two pupils described the phenomenon in the same way." Such an observation may possibly be evidence for the idea that each of us has an "astral body" different from our physical body.  The apparition observed may have been a rare sighting of such a thing appearing before death.

I have 17 other cases of apparitions seen by multiple observers, which are described in this post.